We got ourselves ready in the morning, had some breakfast, and got packed up and ready to go.

We changed the bed sheets and tidied up, as well as packed all of our stuff away.

The place seemed alright, but everything was just okay, which was pretty disappointing.

We headed back to Linda’s and hung out with her for a bit more before we had to leave and say goodbye until next time!

We drove up to get our car cleaned at the car wash that we had bought a ticket for before but didn’t get to use on Wednesday.

We were waiting and a woman managed to make her car battery die right at the entrance to the car wash, so it took quite a while to actually get our car washed, so it was good that we left at such a good time!

We left the car wash after it was done and went to the supermarket and picked up a salad to eat on the boat.

We got onto the boat and got a pretty good spot! Masks are now mandatory again indoors, which includes the ferry, which is great!

We ate our salad and then we just relaxed. We were told there were whales, but we didn’t see them when we looked!

We got back to Vancouver and drove home, which took less time than expected.

We got back home and just did very little. Kim had a nice bath with bath salts she bought at her massage and we just relaxed.

Back to work tomorrow!

Kim had a massage booked for herself and her mum this morning, meaning Curtis and Kim’s dad (Tom) had nothing to do.

To combat having nothing to do, Curtis and Tom took a walk to a ferry port, about 35 minute walk away. The sun was beating down but there was a bit of wind so the walk was actually quite nice.

Once they got to the port, they had to wait for 30 minutes or so for the boat, so they sat and watched the world go by. They were right next to the harbour bridge so had a great view!

Once on the ferry, it only took about 10 minutes before arriving in the city.

Curtis took Tom the wrong way to the city, so they had a 30 minute diversion but it was nice! There was a hill to walk up followed by a park called Albert Park right by the university which had a gargantuan tree!

They eventually got to the city centre and went to McDonald’s for a coffee whilst waiting for Kim & her mum.

Kim and Maggie had a terrific time with their massage! It was 2 hours of vigorous massage, but it helped them both greatly! 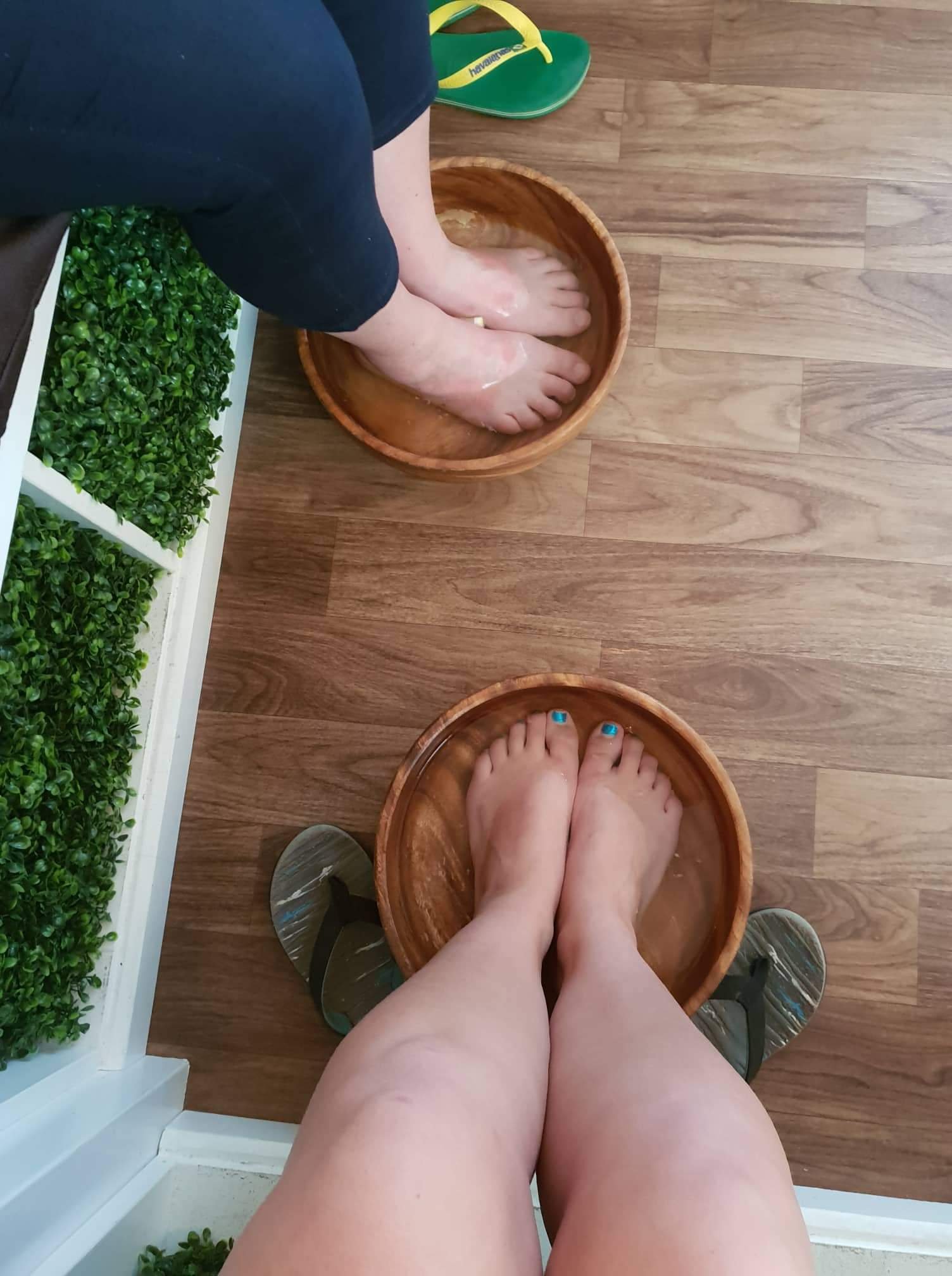 We met up again in the city and went for afternoon tea at a 5 star hotel!

We had an assortment of savory items, some scones and some sweet treats. There were sandwiches, curry pasties, macaroons, mini pavlova and more! We also had unlimited tea and coffee. This was very tasty and actually filled us up! Curtis gives it a 4.5/10 as nothing really blew him away. Kim gives it an 8/10. 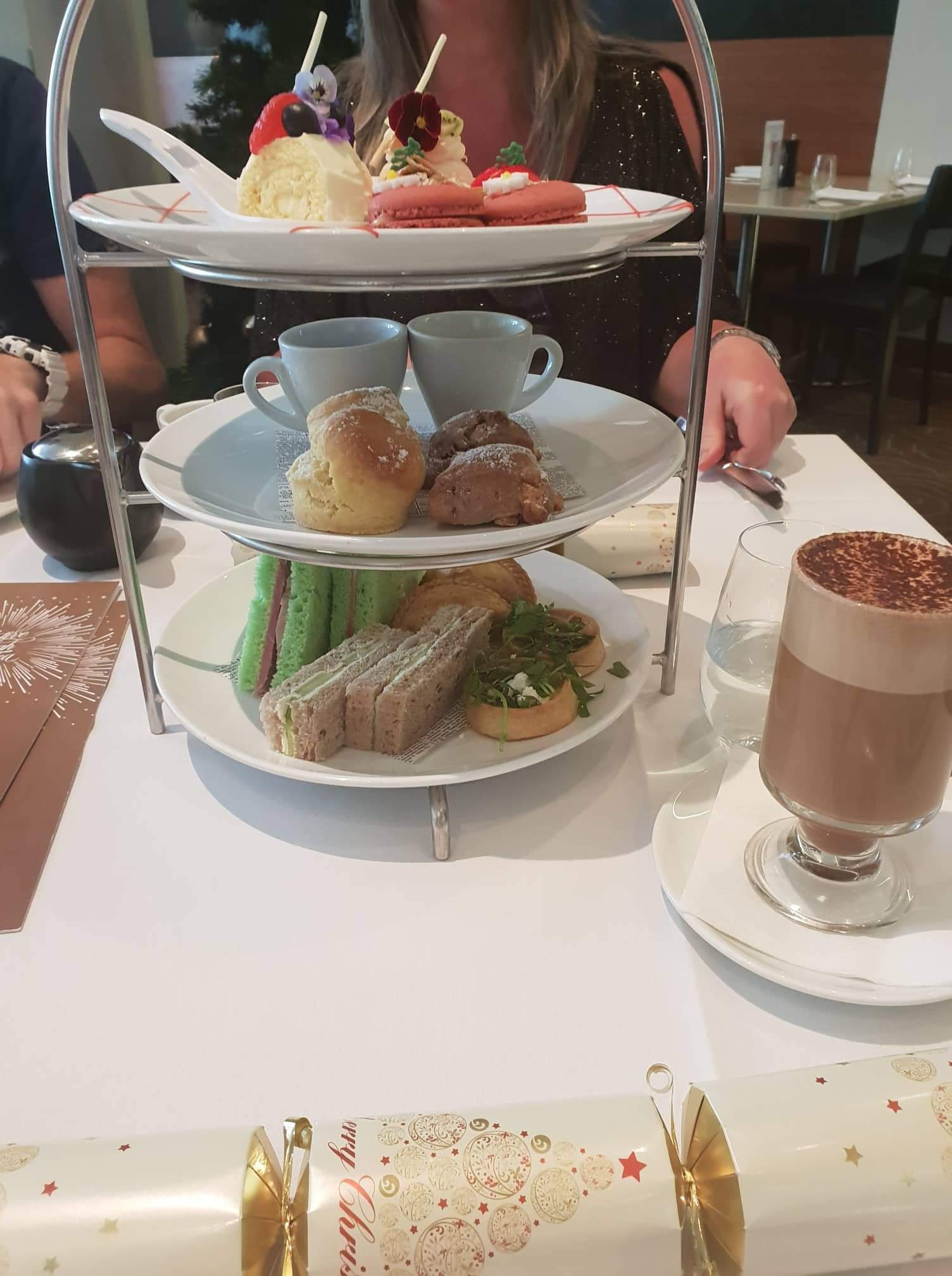 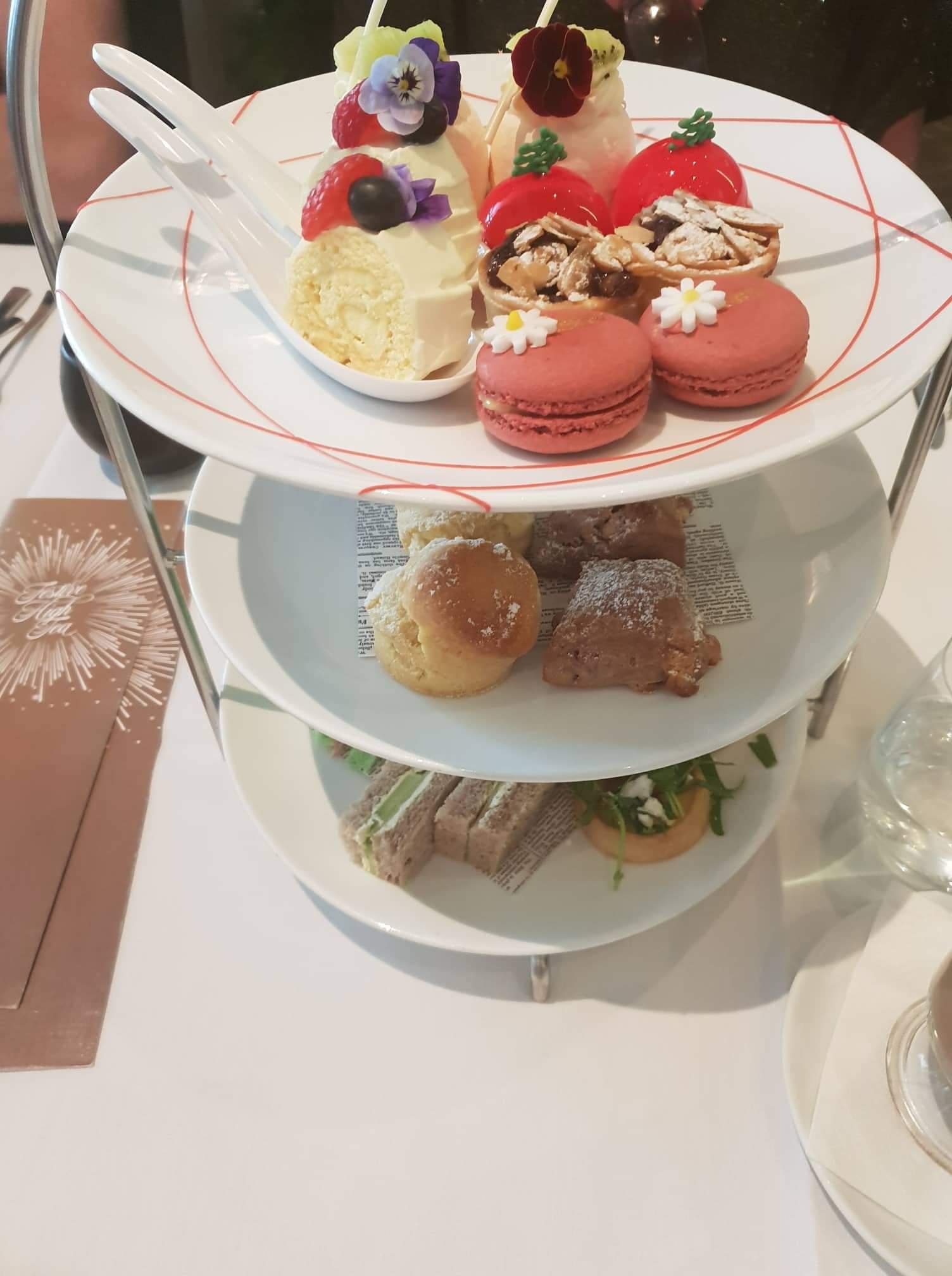 After we finished this, we waddled back to the car and drove home to relax for a bit, which didn’t happen!

Someone wanted to buy our bed, so we had to take that downstairs. Once we took it downstairs, we packed everything up and got it ready, both for our roadtrip and for leaving Auckland!

We got the room completely empty and tidy so that it could be shown to potential new tenants when we aren’t here.

We went out again in the evening to see Danielle and Josh and introduce them to Kim’s parents.

We went out to a BBQ place and the food was pretty good. Curtis had a 200G sirloin steak with bernaise sauce, chips & coleslaw. Meanwhile, Kim had a burger which had no bun but had fried mac & cheese as a replacement! Curtis gives his food a 6.7/10 and Kim gives hers a 8/10. 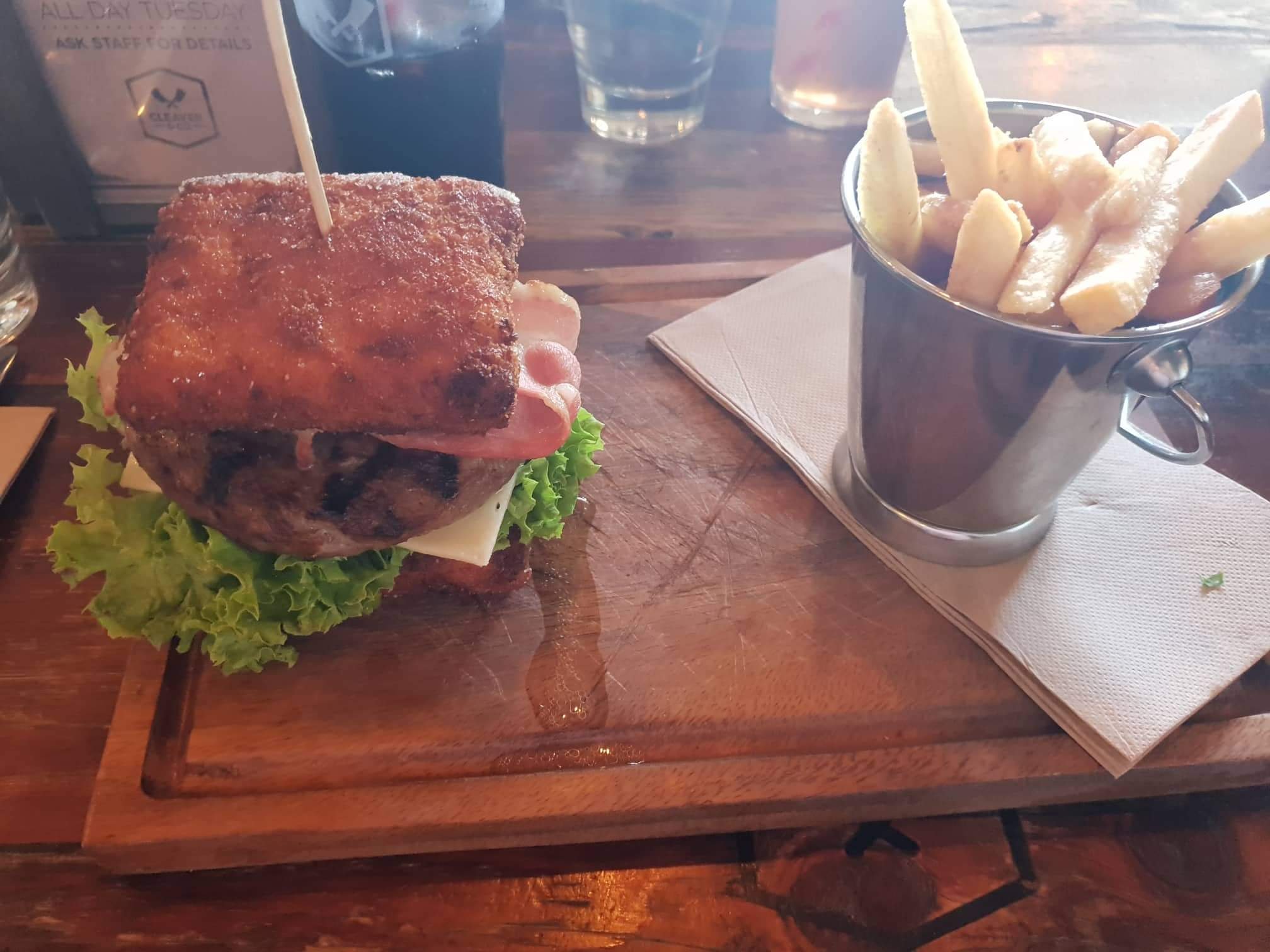 It was great to catch up with Josh and Danielle after such a long time and to introduce them to Kim’s parents.

Once we got home, we watched some YouTube videos and had dessert and then went to bed as we all need to be up early tomorrow.

We haven’t got a bed, so we are setup on the sofa/floor for tonight!

We are all flying together tomorrow! Should be fun but also tiring.