We woke up at 09:30 for breakfast. The breakfast was the usual toast with jam & coffee. It does the job!

We researched some places that Kim wanted to go, such as the botanical gardens, but unfortunately they were closed.

We found a cool looking temple we wanted to go to so we got ready and walked towards that. On the way, Curtis spotted a Singaporean coffee shop which made traditional coffee. The prices were cheap and so we stopped, even though we were boiling hot!

The coffee was very tasty and Kim had a nice hot chocolate with condensed milk. The coffee here tastes very sweet, which makes sense as it is brewed using sugar coated coffee beans. 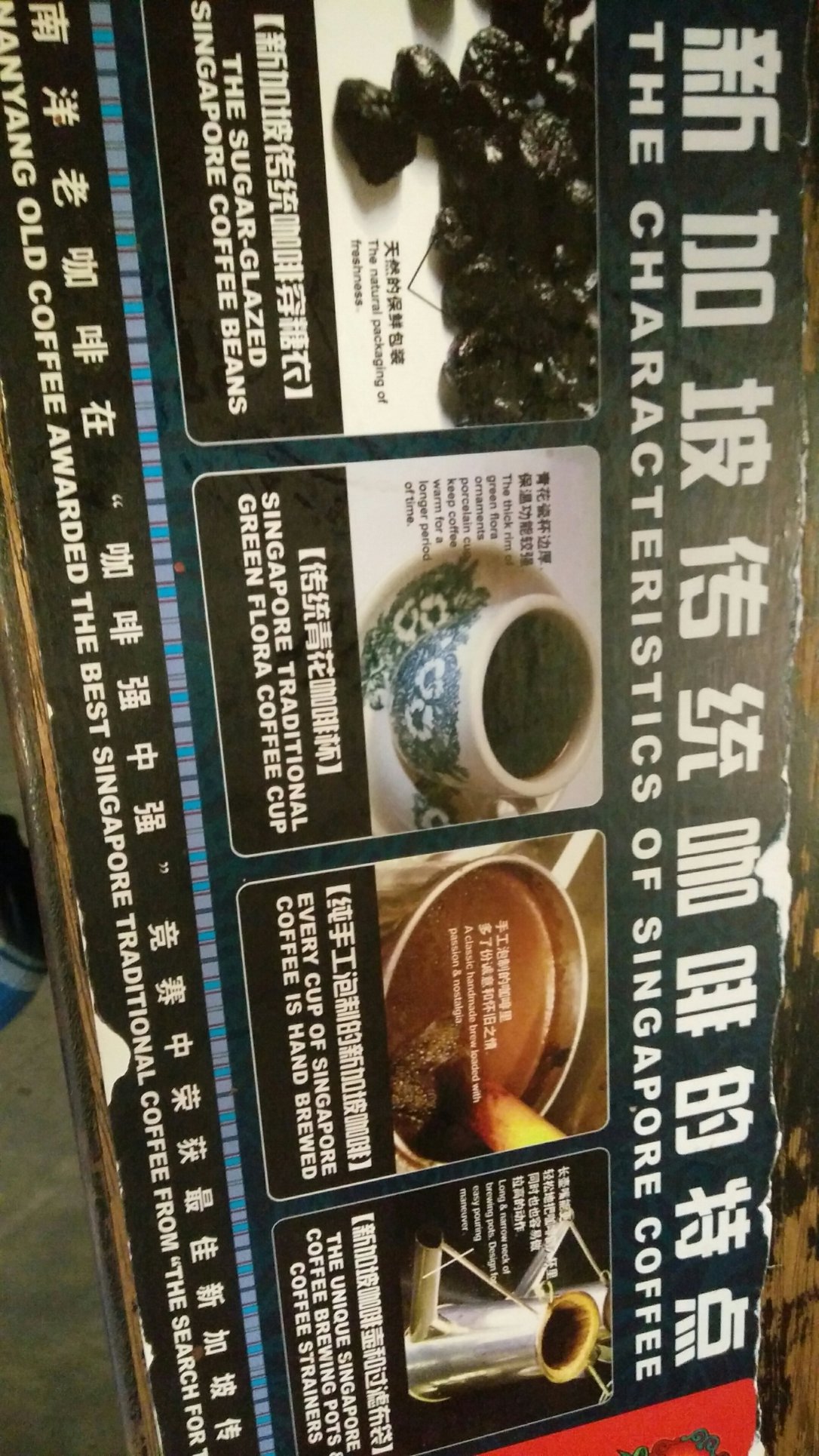 Just down the road was the temple we planned to visit, so in we went! It was beautiful both inside and outside, but much different to other temples we had visited. It didn’t seem much like others we had visited though was still in use, even though there was a museum a floor up which was actually quite informative. 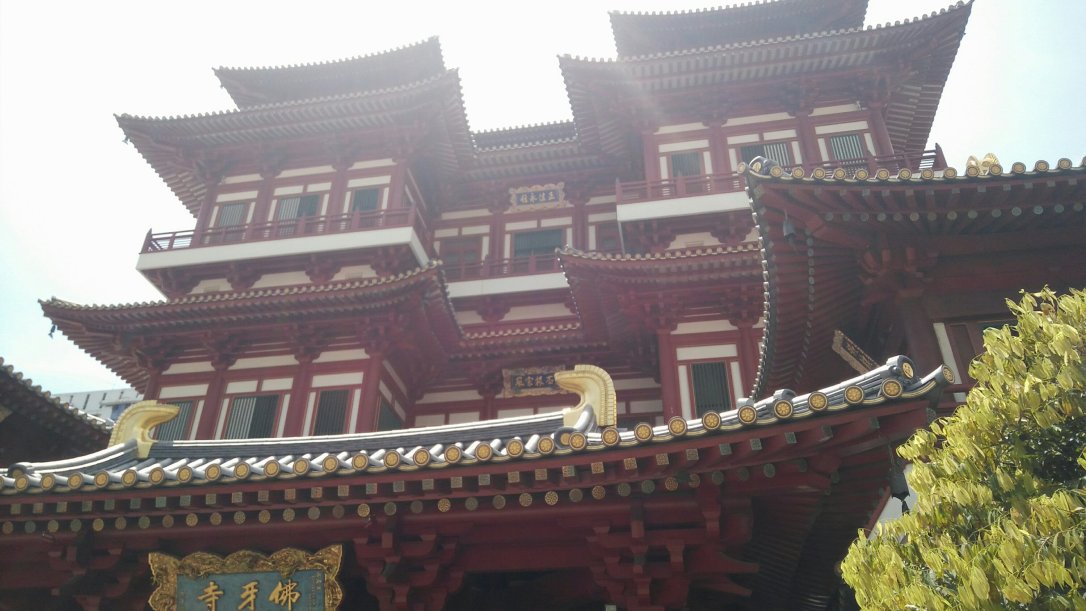 We finished at the temple and came back to the hostel to start to think about what to have for dinner. unfortunately, the main Singaporean food is ‘chicken and rice’ which we are pretty fed up with now, so western food it was! We had a domino’s which was quite cheap! Kim unfortunately had a horrible base sauce on hers which was a cheesy/garlicy mixture.

After dinner, we walked to the cinema as we had booked to watch Kingsman: The Golden Circle! We paid just £10 for 2 people and we got ‘couple seats’ which were basically normal ones but with an arm rest missing in the middle.

After the cinema (the film was really good, by the way!) We walked back to the marina, which we went to yesterday, and wanted to see it at night. It was beautiful!

We tried to get up to the top of the Marina Bay Sands hotel and see the amazing view (from the 57th floor) but there were 3 towers and, having gone up 1 & 2, it was the 3rd we could get the best view. We went to the top of the 3rd tower and got some photos from the restaurant there whilst we could! 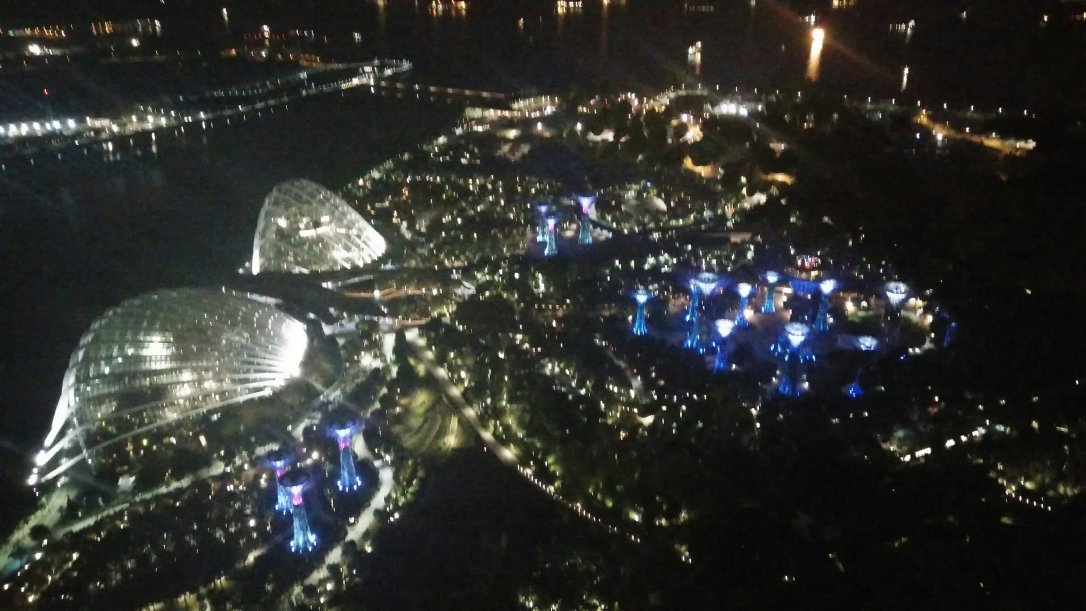 We eventually left here and headed back, stopping in McDonald’s for a drink then came back to the hostel to get some sleep before we leave tomorrow! Luckily, we don’t need to leave the hostel until around 12:00 tomorrow so not an early morning finally!

We woke up at 03:30 to get up, finish packing and get a taxi. We asked the reception to get us a taxi, or GRAB in this case, and he only asked for the taxi at the time we wanted it for, which was a little annoying. Anyway, we got the taxi and headed to the KL Sentral train station. The driver was an interesting character and seemed mad at us for some reason! He managed to go too fast over a speed bump and it sounded that he may have caused some damage to his car, but hey..all fun and games!

We got to the train station and already had a return ticket, but it didn’t work on the gate! We went to the desk and he just scanned it and let us through, which is lucky as we had a little panic there.

We got on the train with about 10 minutes to spare and were on the way to the airport.

Once we arrived, we read a board which didn’t have our flight on it, so we got a little panicked that we were at the wrong terminal, but Kim realised that it was the arrivals board and not the departure board, so that helped!

We went to the gate after this but had to stop on the way and do another security check, this time everyone had to empty their bags as you would expect normally before you get to this point…very strange!

We managed to get to our gate, but the departure area was closed. We had to wait for about 10 minutes for this to open and then we went in and our passport and boarding pass was checked at the entrance before we sat down. We sat for about 15 minutes and then were asked to board, so it was a big pile up to get onto the plane.

We got on, sat down and were basically asleep before we even sat down! We were clearly both very tired and slept the whole flight.

We got off the plane and did the usual, getting bags etc. We then needed to take the train to our hostel so went to buy a ticket, but they do not accept card. Due to this, we got out some money and headed to the machine, only to find out they don’t accept the notes we have…we went back to the desk and she said that they don’t change money, so we were on a hunt to change money. Eventually, we came across a desk which changed money, so we did that, bought our tickets and headed to our hostel.

We managed to get to our hostel in one piece, but were unable to check in until 14:00 and it was 10:30. We relaxed for a little, just catching up on the World Wide Web before walking to a cafe for a bit of lunch. We both got mac & cheese and Curtis got a Sprite float whilst Kim got a chocolate milkshake. Our meals were incredibly tasty and well priced. 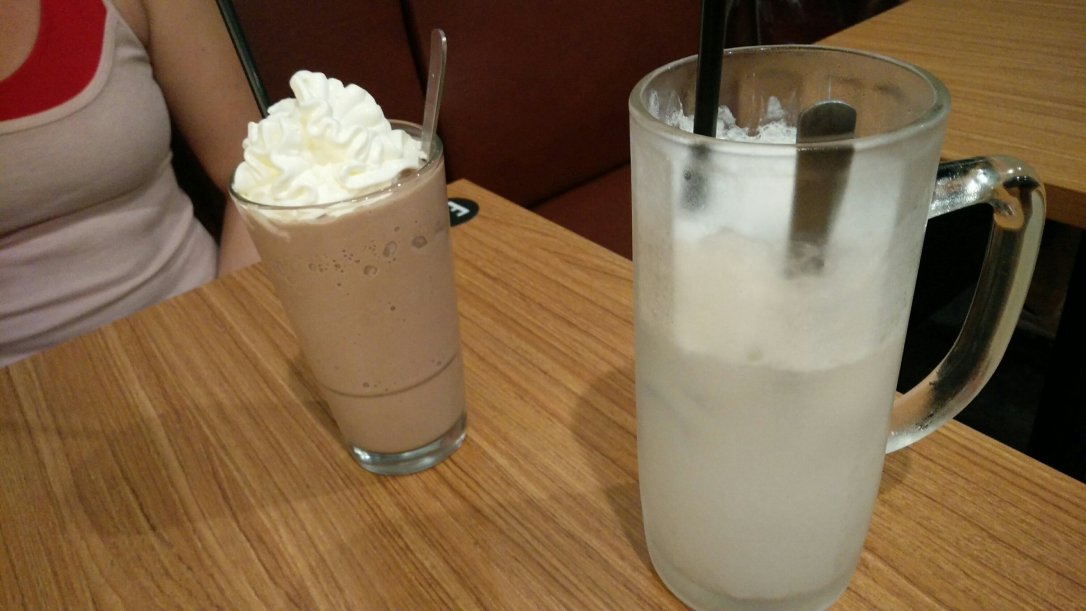 We headed to the marina after lunch and Kim had seen it and it is meant to be beautiful! There were not too many people near the marina, so it was a nice view. This reminded us of photos we had seen of Sydney.

After the marina, we could see the ‘super trees’ so we walked towards them to see if we could get to them. It turns out this is within a large park which we ended up walking around and admiring before getting to the large trees which we got some snaps of and then walked back to the hostel. 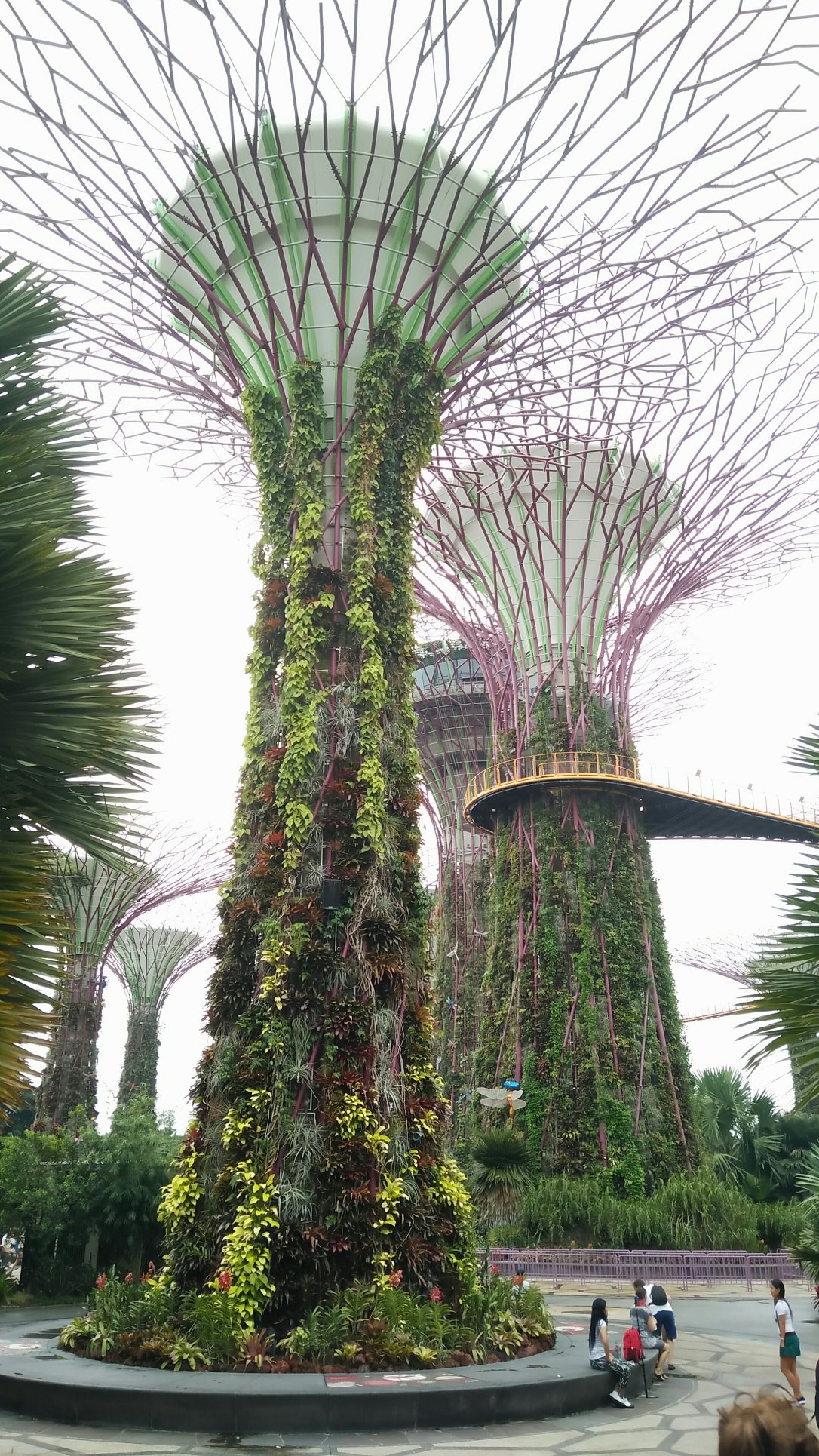 We came back to the hostel and weren’t too hungry yet. We then got chatting to 2 girls from the USA in our room and before we knew it we were very hungry and it was 19:00+!

We went to a shop which Curtis had previously seen and it was called something like FirstPriceExtra. Curtis had thought it was like tesco, which it turns out it has some Tesco stock! We got a pot noodle each and shared a small chicken pie and a small curry pie..both were delicious!

Now we’re off to sleep as we are very tired but also our WiFi doesn’t hit the room very well, so nothing else to do!

P.S. – The greetings are in English as it is the main language in Singapore, apparently, followed by Malay, Chinese & Tamil! – fun Fact of The Day!