We left the apartment early today and put our bags in the luggage storage at the train station to explore Copenhagen! We took the 45 minute train and arrived just after 8am, leaving us plenty of time to explore!

Luckily, the weather wasn’t too bad as we wandered around Copenhagen! We went to the little mermaid statue, but it was being cleaning so it kind of ruined the view, but was cool!

We then walked around the castle nearby as well as the Rosenborg castle grounds!

We made our way to the Carlsberg Brewery for a tour! We did the self guided tour, but paid for beer tasting and also lunch!

We were taken into the cellar which has a war room used by the Danish military in WW2, which was awesome! Then, we tasted SOME Jacobson beers, which are made in the factory, but only for Denmark! Once we tasted these, we walked around the museum and finally we’re now sat down to lunch, which is a lovely burger!

We’re eating lunch inside the brewery and we can see the alcohol being bottled, which is awesome!

Once we are finished, we’ll be walking around the old town and then we’re heading to the airport and off to our next location!

Sorry if this blog is incorrectly typed… Curtis has had a few beers!

We were able to do as we planned today and do our Seaside walk! We walked past where we had previously, just to see what was there. There wasn’t much, to be honest but it was a lovely peaceful walk! 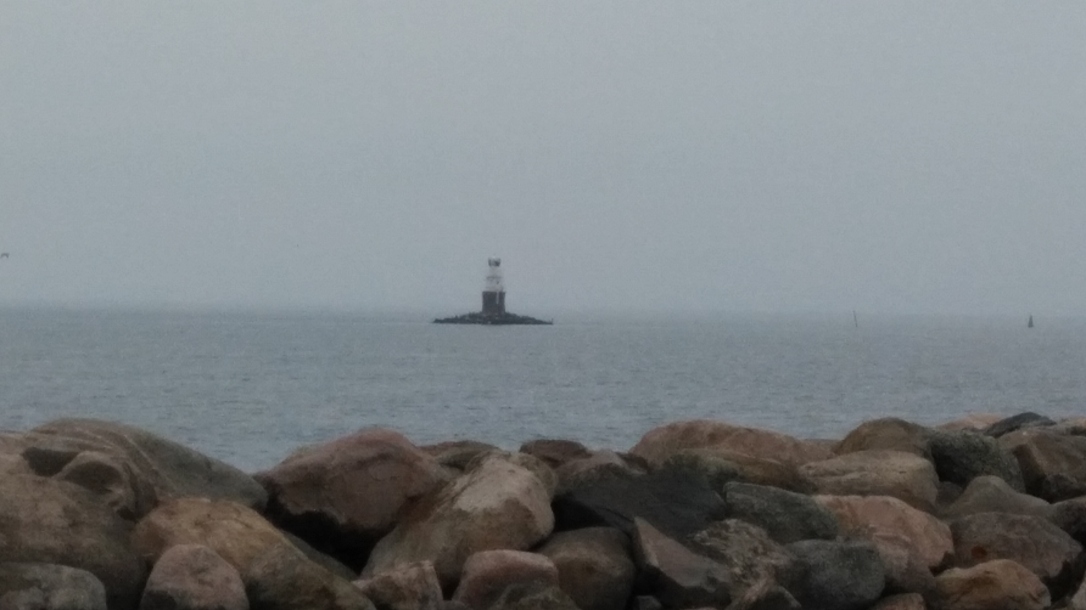 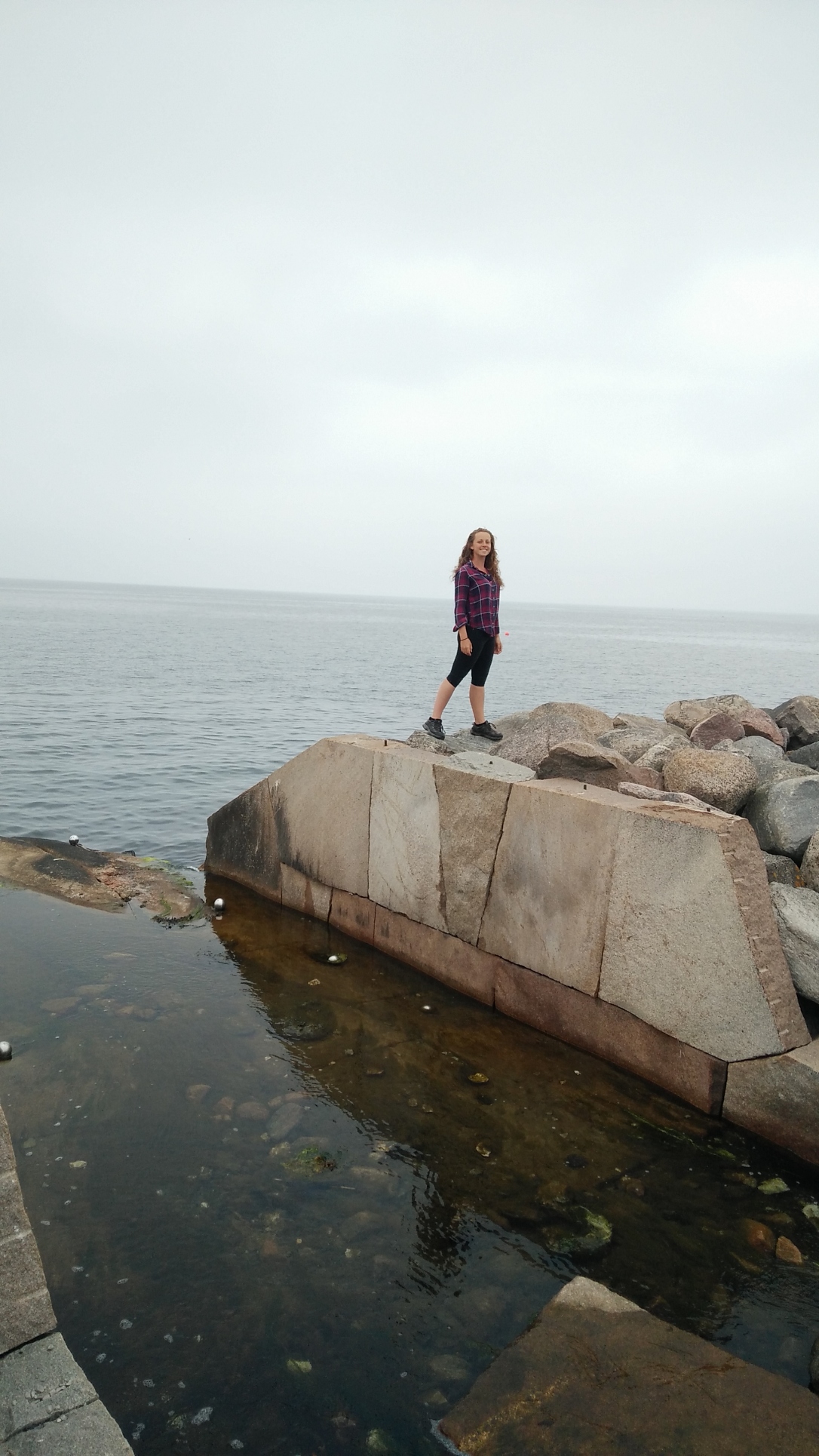 It has cooled down to around 15/16 degrees today, so it was jeans and jumpers today!

After our walk, we walked around the old town again for a little and then popped to the Central Station to buy our tickets for tomorrow, going to Denmark!

After being in Denmark tomorrow, we are flying from Copenhagen airport to our next location at 10pm!

Our plans had to change today as we weren’t able to do the seaside walk we planned as there was rain! We came back and got into better clothing for rain and then to a walk to Folkets Park, which is basically a larger version of a Town Park in England. They also hold concerts here though. We walked through there which was cool to see and there were a lot of people having fun, which is nice to see!

Before this, we went to the bus station to find out the price to get to Denmark, which wasn’t favorable..

This evening is just a relaxing one, because we can… It’s Sunday!

We planned, as we said yesterday, to go to the food truck festival today. We managed to find it and, although it was awesome looking, there was nothing free so we didn’t stay long. It did smell great though!

We then decided that, as we hadn’t already, we should go to the Old Town and see what that is like. This was a beautiful area with old buildings and some nice open spaces. There was clearly a football match on today, as there was a lot of the opposing team to Malmö, IFK, fans chanting around the place. It was a cool thing to see actually. Big drums and loud shouting! All good fun. 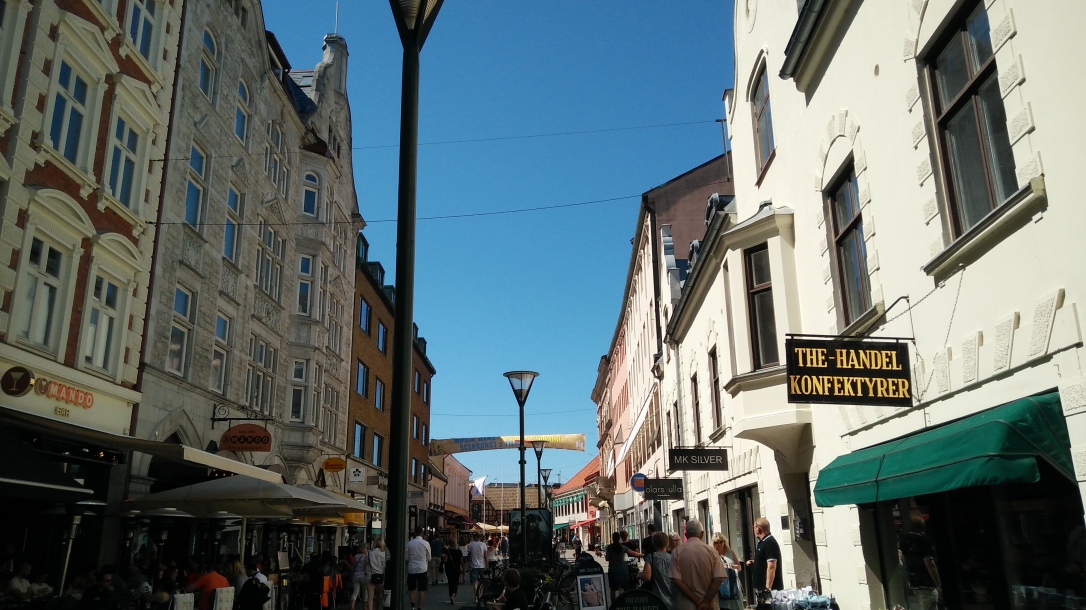 We then headed back to the beach and just had a stroll along it! Although we’re pretty sure that the temperature isn’t much different from yesterday, it certainly felt warmer! There was a lot more people than yesterday, which made it more difficult to navigate! Kim saw a lot of dogs, which was good for her!

We continued our walk from yesterday but today we walked directly to the beach and walked on from there! Today was a bit nicer with 22 being the highest temperature!

We made sure we stopped at a shop first to buy a drink, but also bought some Skittles… They were just 10SEK! We bought these from a shop with a funny name.. Well, we thought it was funny!

We walked down the beach, on the rocks and then sat down for a little bit before continuing on. 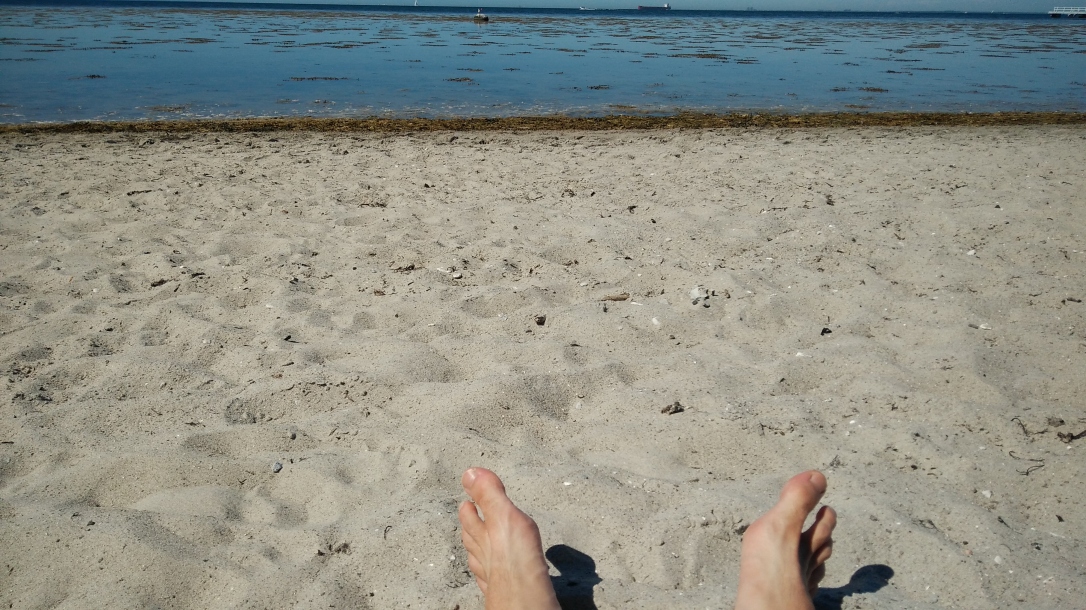 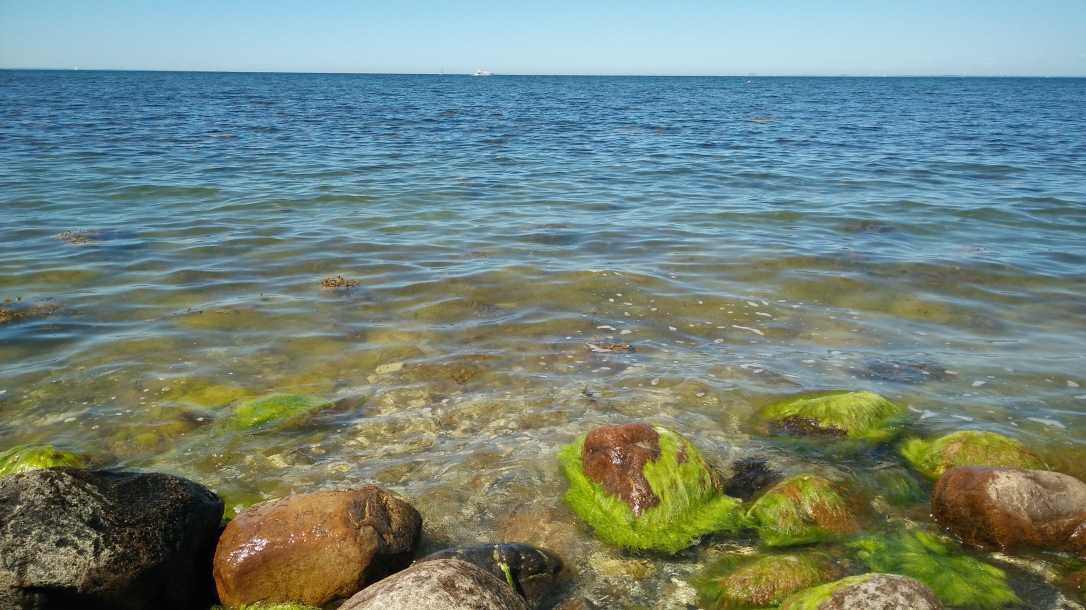 Kim dipped her feet in the water and realised it was a terrible idea.. It was very seaweed filled.. 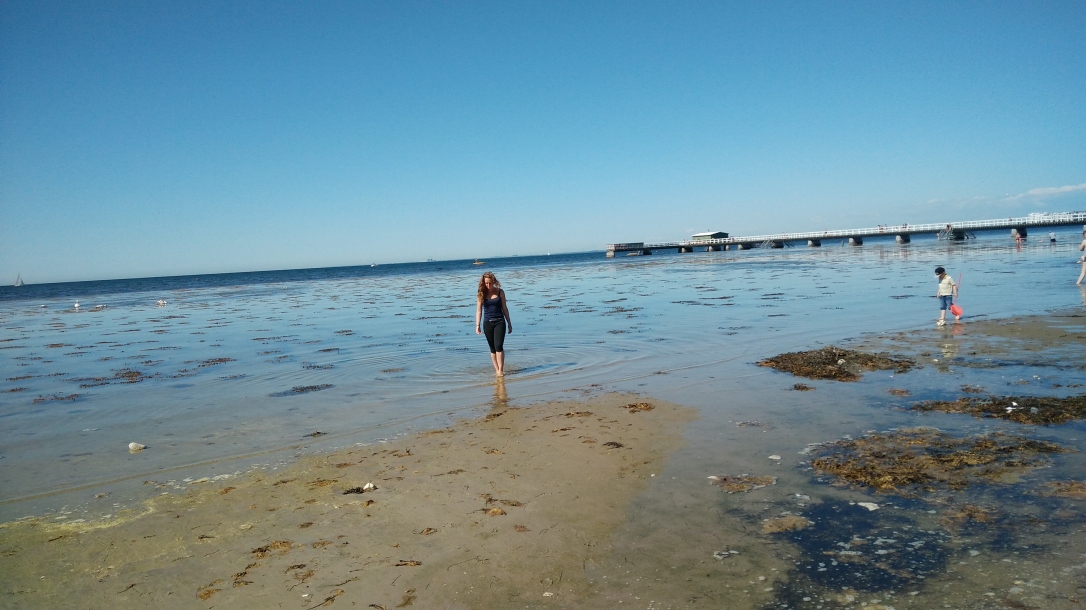 We just had a pretty relaxed day and both laughed at the fact Kim couldn’t drink our drink without throwing on herself!

We got back to the apartment and made dinner. In Scandinavia, for some reason, they had a tradition on Friday to eat Tacos! We took part in this today, kind of, with eating home made burritos! Very nice! All washed down with a Rekorderlig! 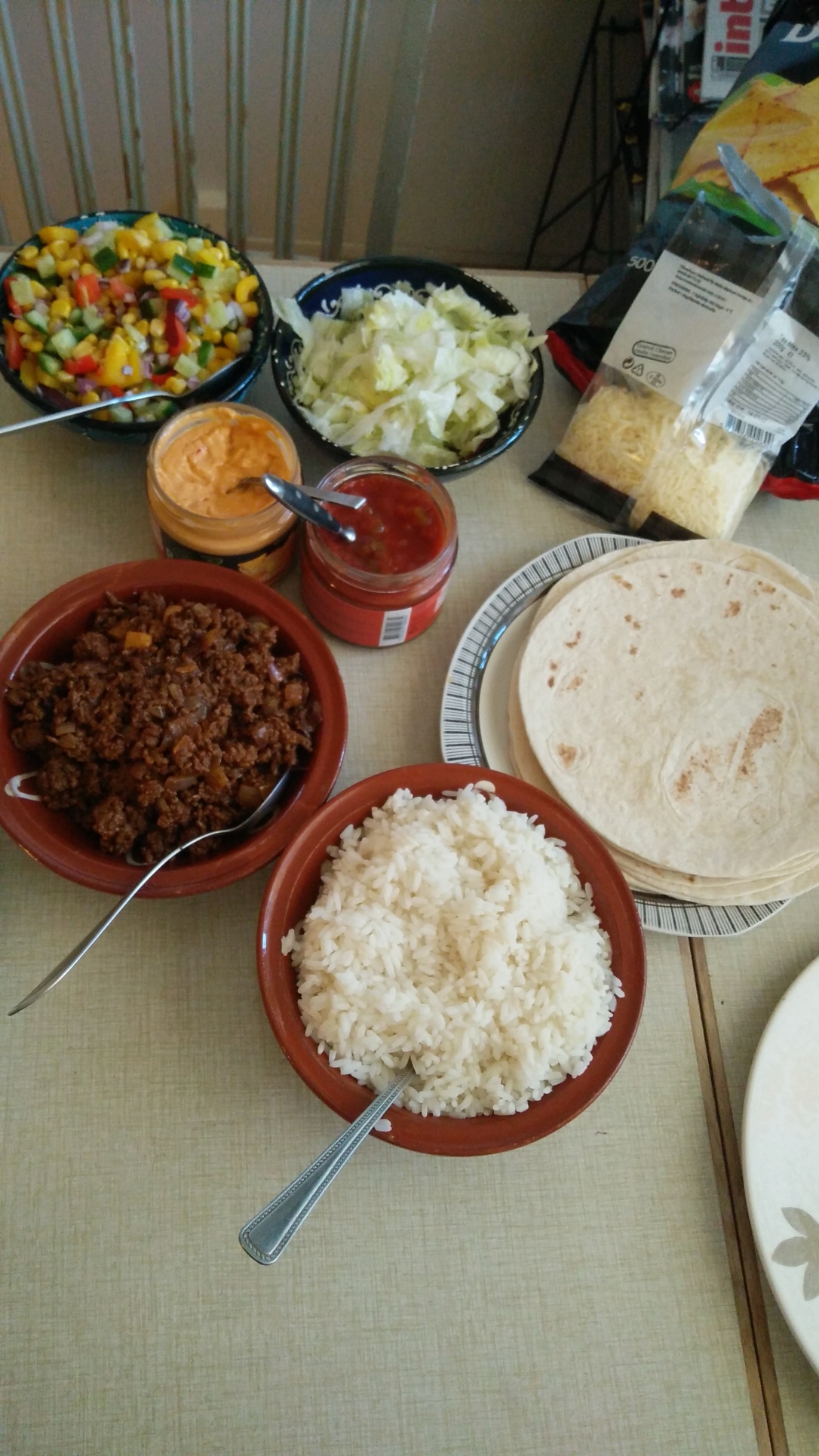 Tomorrow, there is a street food truck festival which we are hopefully going to pop to, purely because we’re hoping there is free tasters!

Due to sheer laziness, we didn’t do anything until around 3pm today!
We sat in the conservatory and had a coffee before heading out to the shop.

We went to the shop and got some breakfast, just some chocolate croissants. We did stumble apon a funny chocolate bar though! 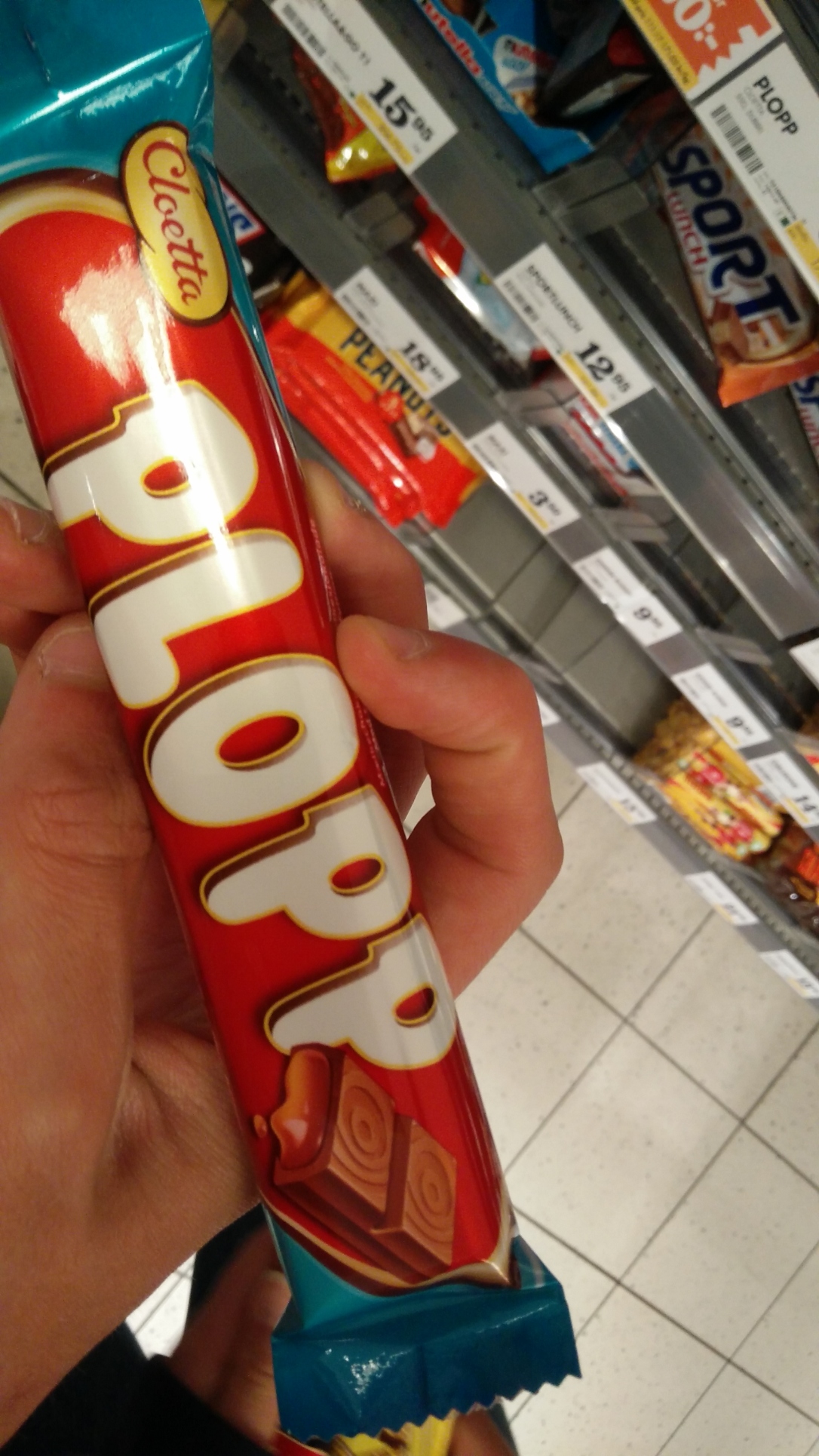 Once we got food, took it back and headed to a park here in Malmö. We went there briefly last night, but we went again today and it was awesome! There was a windmill, huge open spaces, nice park trails, rivers, lakes and an old fort!

We then walked towards the ‘Turning Torso’, which is a residential building and the biggest building in Scandinavia!

We sat on the rocks, walked along the water and just had a fun, relaxed and silly time! 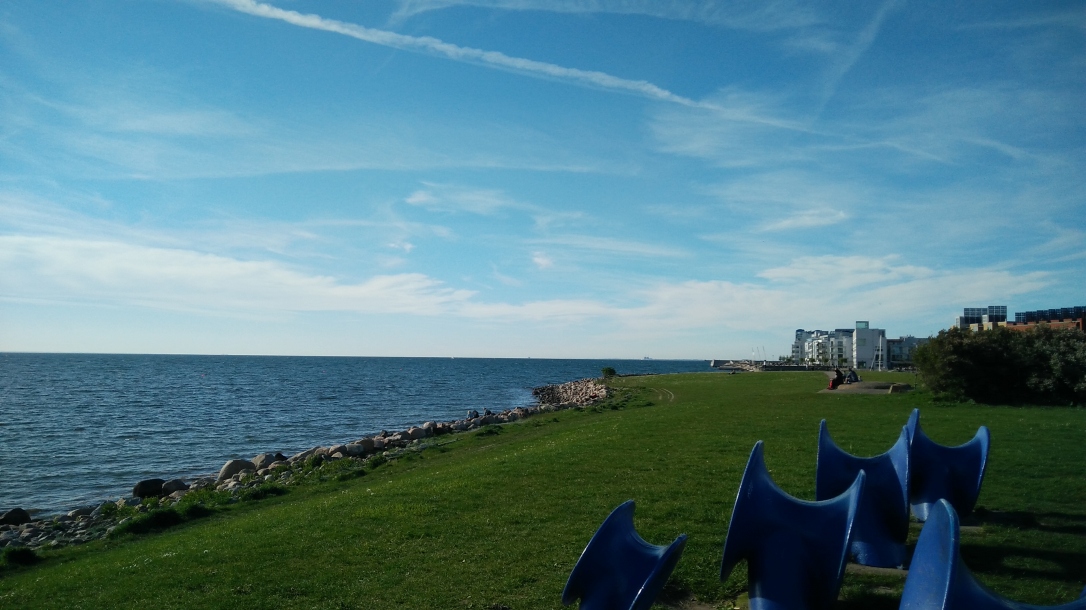 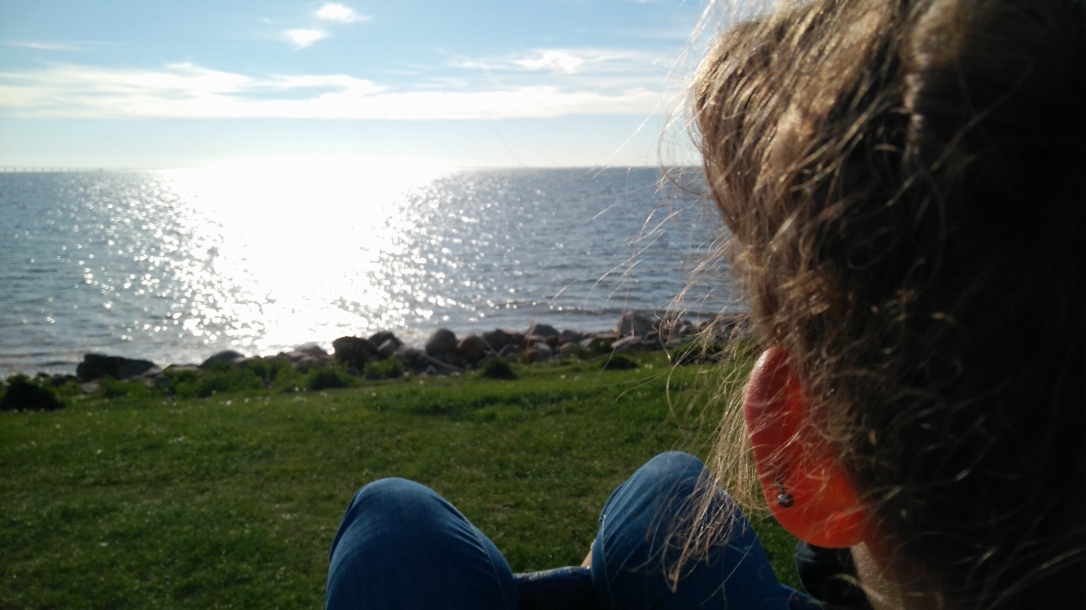 Switching the format up, eh!

Last night, we went to the Spy museum in Berlin. This was 2 floors of spy memorabilia and information about spying during WW1 & WW2. This was pretty cool and killed some time. We then popped to get a currywurst and made our way on the metro to the bus stop where we got a Mcdonalds and boarded the bus!

We got the bus to Copenhagen from Berlin which took about 9 hours. We had a lovely drunk guy behind us on the bus the whole way there, which seems to happen all the time! He was burping, leaning on our seats and he smelled…

We got to a boat at 5am. We hadnt realised that we were going on a boat, so it was a pleasant surprise! We were on there for 45 minutes and then back onto the bus for about 2 hours.

When we arrived in Copenhagen, we had to make our way to Malmö as it’s cheaper to stay there then in Copenhagen!

We got a train ticket for about £20 (£10 each) and then got on the train. It turns out, the train was not the right one! We ended up having a 30 minute detour and getting back to Copenhagen to the get the right train.

We arrived in Malmö, very tired, and headed to our apartment. We got there, showered and freshened up a bit and then went to find breakfast.

We went to a ‘crepery’ and got something which we don’t know what it is but it had bacon and egg so it was tasty (though VERY expensive!).

We wondered around the shopping Centre for a bit and saw some fish from Finding Nemo! Kim also tried on some snazzy glasses!

We then came back to the apartment and fell asleep for a couple of hours as we haven’t had much sleep in the last couple of days. Once we woke and mustered up the energy, we walked to the supermarket to buy food for the week, which was also not cheap!

The plan is to visit Copenhagen once or twice, which will be awesome.