We woke up and had some french toast for breakfast and then we got ready for the day.

After we were ready, we spoke with Kim’s family and gave them a little tour of our apartment, even though it is not ready yet!

We finished the call, had a quick snack and then went out to walk around and explore our new neighbourhood. There seemed to be some cool places around and we even found an open Starbucks, so we got our first Starbucks in months!

We then walked back home and relaxed for a while, as well as looking at beds and other things for the apartment.

We then got hungry, so decided to make pizza!

We had a pizza dough already, so it was a case of just getting the topping sorted. We went with mushrooms, cheese (cheddar & mozzarella), red onion and sweetcorn! 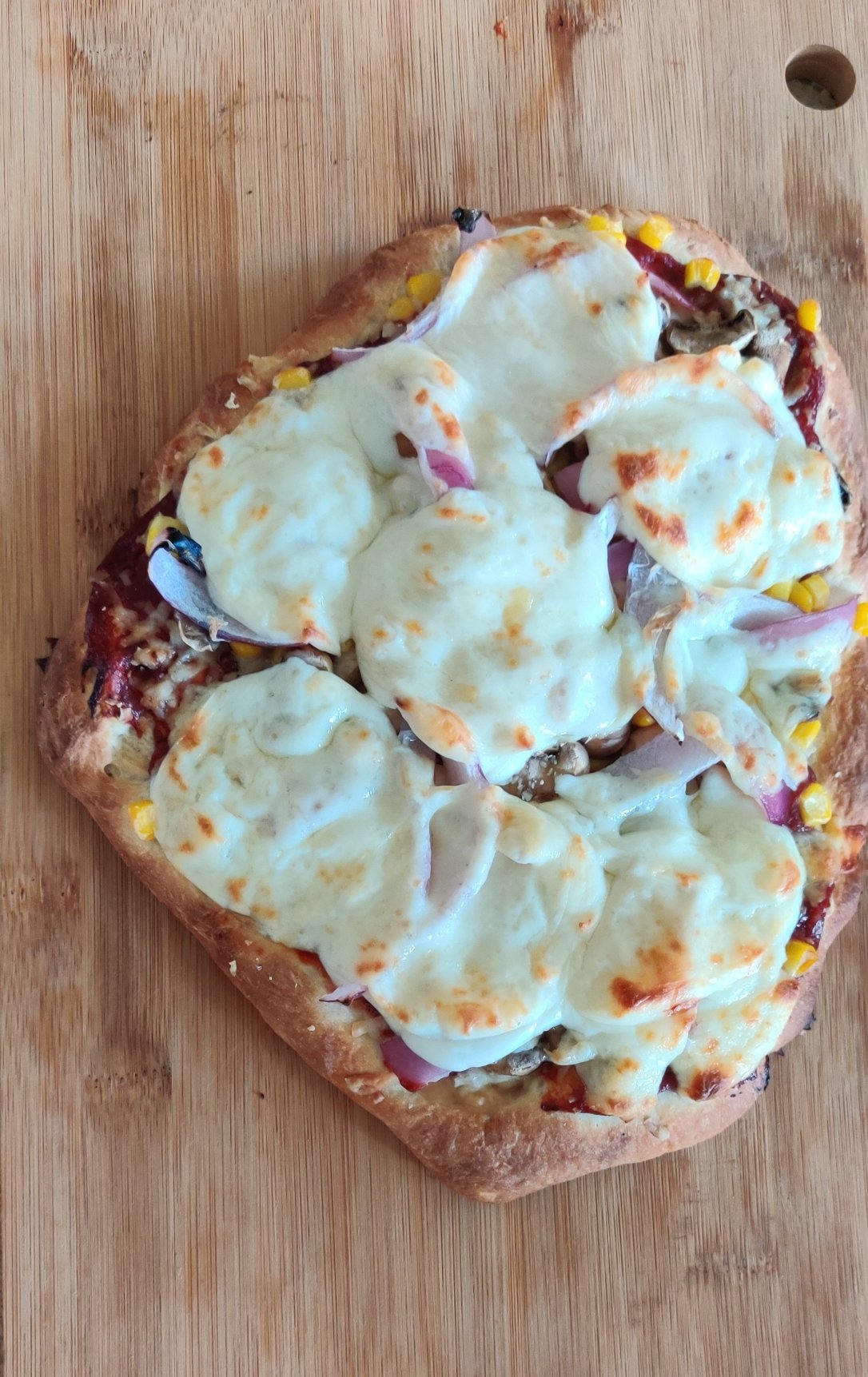 The pizza was pretty tasty, though we don’t think it was enough for 2 people.

We watched the film Prospect whilst we ate dinner.

We had some cookies and other snacks throughout the evening and just generally did very little.