Curtis didn’t have much planned again today, but it soon added up!

Curtis did a lot of tickets and then his afternoon was taken up with starting a project in which he needed to contact a lot of users and ask them some questions and give them some advice and feedback, and then he needed to discuss with his team.

Curtis got a bit of reading done for his Business Analyst training done and then left work.

Kim started her day by catching up on some emails before heading into the remote workers quarterly social catch up. They had a great 30 minute catch up with new and older employees! It was wonderful!

After this meeting Kim spoke with the taco company from yesterday to complete the order for lunch for the other office. She then moved on to organising a FedEx delivery to go out.

Kim then set up the catering for a day long meeting and about an hour later cleared it away.

A while after this Kim had the monthly first aid meeting which went well, a lot of good questions were bought up and some great plans made for the new year!

We met after work and went out for some food.We walked past a Japanese place, which looked authentic and delicious so we thought we would give it a go.

We were not disappointed!

We both got chicken katsu curry and it was a huge portion and incredibly delicious.The chicken was excellent (maybe a little too fried, but still great) and the sauce was perfectly thick, combined with terrific rice.This filled us up perfectly!

We left here and walked to Rogers Arena to watch the Maple Leafs play against the Canucks.

This was our 2nd time watching the Leafs play, but this time, we went lower down in the seats to watch the warm up, which was amazing! 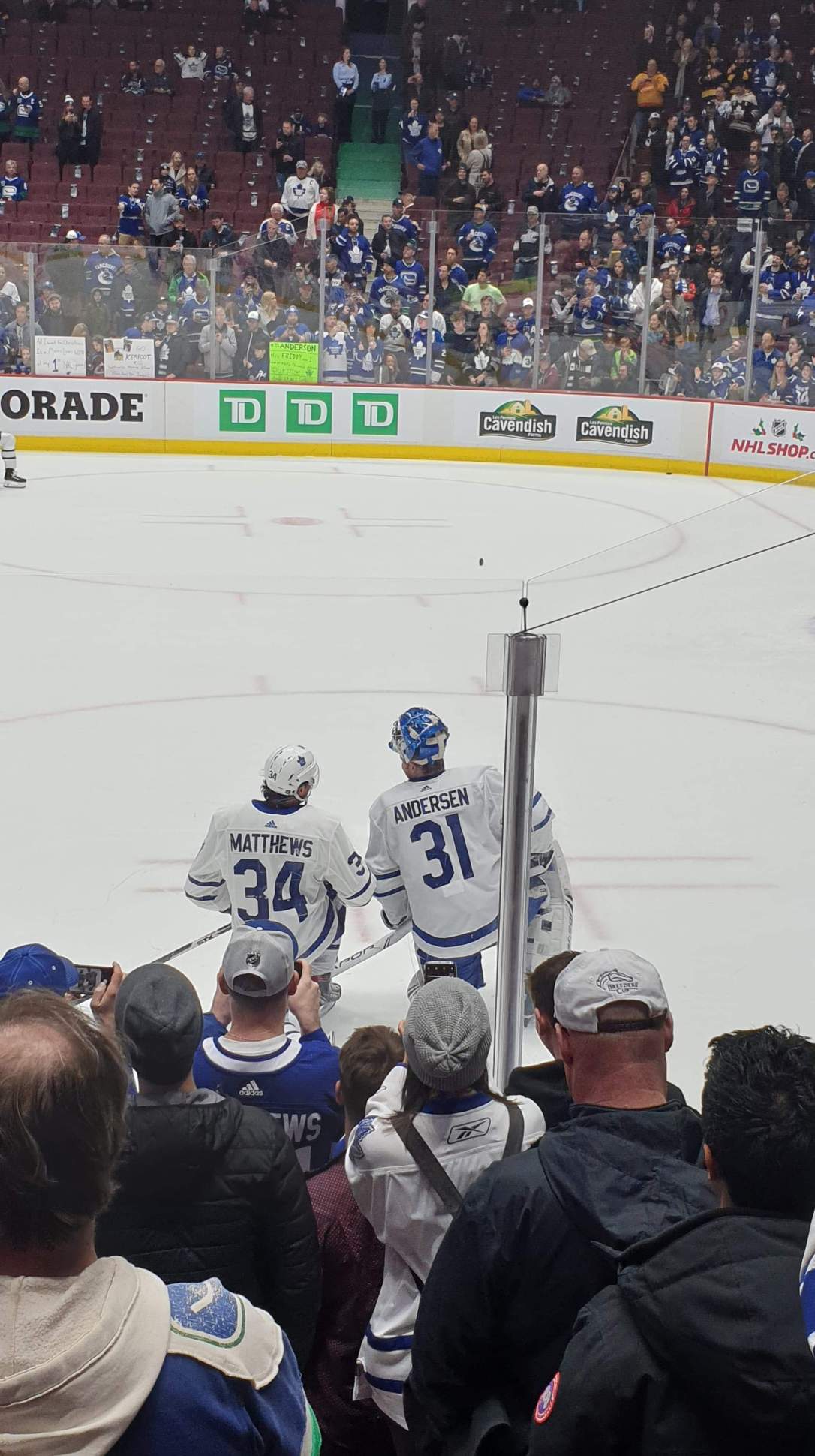 The game began and right from the start it was a pretty good one!

The 1st period ended 0-0, but there were some chances at either end.The Leafs took the 2nd period 2-0, with 2 pretty nice goals.

The leafs managed to seal the deal, after Vancouver made it 2-1, and the leafs got another goal and an empty net goal to get the win!

It was a really, really fun game to be at, and we loved every second!

After the game, we walked home.

Once we got back, we watched a little bit of TV and then went off to bed as it was 22:00 by the time we got back.

Curtis has a hockey game tomorrow, but probably won’t have the same amount of people watching it!