Curtis came into the office and had about 8 emails from the same person, which was feedback from the work he did yesterday. Most of the feedback was good, too!

Curtis rectified the issues he was told about and then did some other work, which he has been unable to get done as he has been working on the same thing all week!

The day was fairly quiet, though Curtis did have some network issues to fix for a client.

Kim got home and waited for Danielle to arrive. Once Danielle was there, Kim and Danielle went to Albany to do some shopping and then to Takapuna for some food.

Kim and Danielle went to Tok Tok for food, which is the Asian restaurant that we went to previously.

Kim’s dinner was forgotten about and she had to ask for it, which is a shame, but once she got it, it was delicious! Kim had a Vietnamese coffee before she left, too! 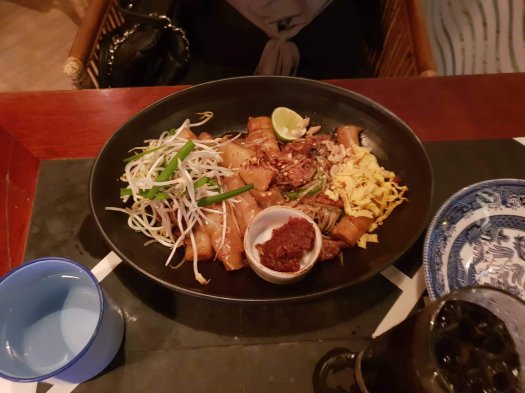 Kim drove her and Danielle back to our place where they sat and chatted for a while.

Kim drove Danielle home, drove herself back home and then it was bedtime!