We got up at 08:00 and got showered, Curtis had breakfast and we left the house at around 09:00 and droveto the Botany ice rink.

Curtis had his final time on the ice in New Zealand! Curtis’ former team (the scorpions) had a scrimmage as an end of year ‘goodbye’. The scrimmage was incredibly fun and there was checking allowed, too!

Curtis did have fun at the start of the scrimmage, having to use rental skates as the skates he was borrowing were not there just yet.

Luckily, the skates arrived shortly after starting so Curtis changed into those.

Curtis threw a few good hits but also got hit very well a couple of times.

At the end, Curtis and a teammate did a penguin slide…because why not?

After the scrimmage, we left to go and get some meat and drinks for the end of season BBQ!

The captain of the team hosted it at his house, so we got the food and went there. The Leafs were playing so we had that on in the background whilst we ate and had a laugh or two. 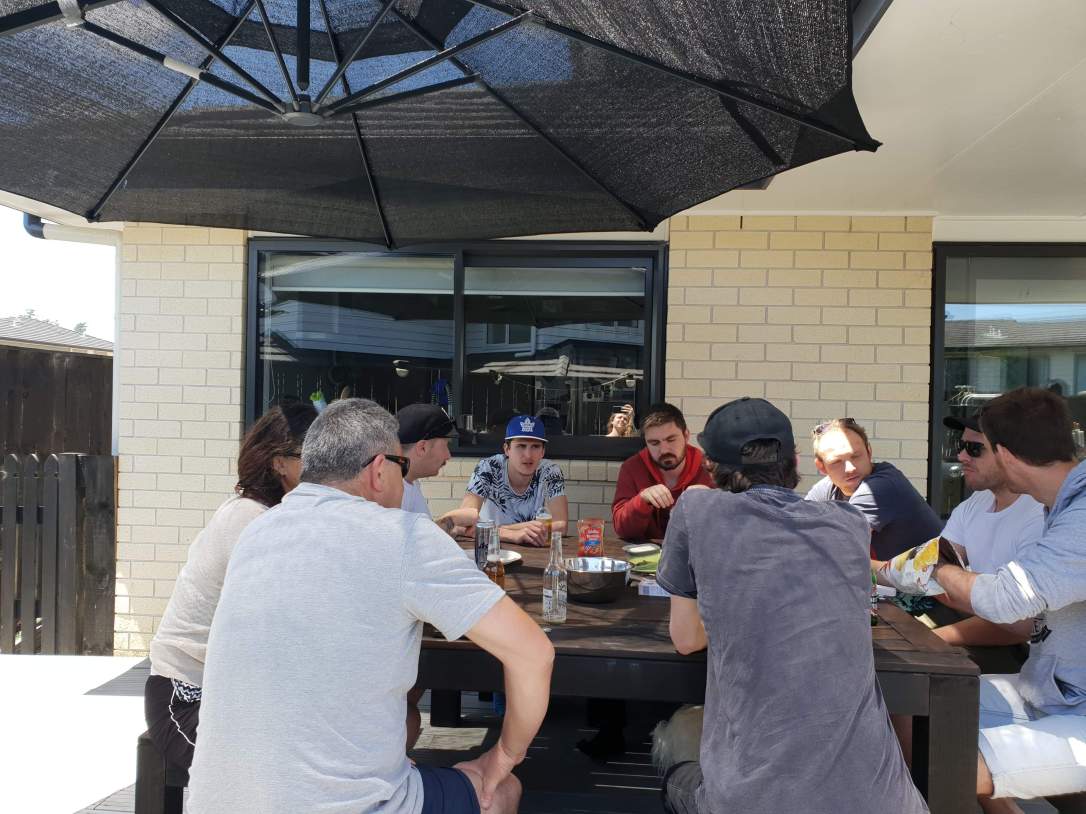 After eating, Curtis had to eat a scorpion! Curtis had to do this as he got the most penalty minutes on the team for the season (34 PIMs in 20 games if the playoffs are included).

The scorpion didn’t actually taste tok bad, but was pretty dry and had an odd texture.

We stayed for a while and then left to come home.

After we were home, we relaxed for a bit and then went shopping. We got a coffee too whilst we shopped, of course!

We got back home and just spent the rest of the evening watching TV and finally finishing Bodyguard which is an excellent series!