Wee both woke up at 07:30 and Kim went to work. Curtis got up and had breakfast whilst waiting for his family to arrive.

Once his family arrived, Curtis got in the car and they were off for the day.

The plan for today was to go to Piha beach. This is the black beach that we have been to previously, but we wanted to show the family.

Once they got to the beach, it was pretty windy but there wasn’t really anyone there, which made for a good walk.

It was windy enough that the sand was being kicked up from the beach, which had an awesome affect!

They walked around the beach for a while and then went to look at the waves that Curtis knew crashed onto the rocks nearby. 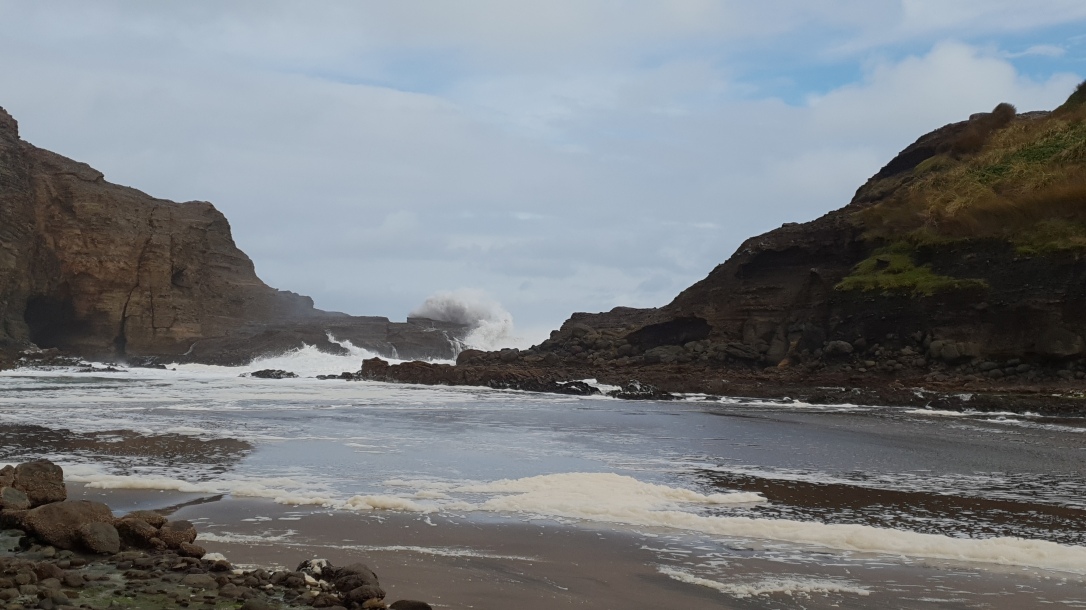 After the beach, they went to the highest cafe in Auckland, which we had been to previously.

Curtis had the Moroccan Lamb Sandwich which was phenomenal!

They left the cafe and drove to Kim’s work to get the keys for Curtis’car from her and then Curtis was dropped off at the car.

Curtis drove home to get some evening clothes and then drove to the rental house.

At 16:20, Curtis drove to the garage that Kim’s car was in to pickup the keys and pay for required repairs. He then got some fuel and drove to pick Kim up from work.

After this, we can home and chilled for a moment before driving down to the sky tower in the city.

We first went to the observation deck from which we got a 360° view of the city.

After here, we went down a level to the cafe and had a drink whilst we waited.

We finished our drinks and went in the lift to the floor above where we were booked to have dinner, on a revolving floor! This allowed us to see the whole city at night which was beautiful.

The food was absolutely divine! For starter, we all shared some Kumara bread and had our own starters also. Curtis had King Prawns and Kim had duck breast.

Shortly after, it was the main! Curtis had venison and Kim had steak.

The venison was excellent and the steak was just OK.

For dessert, Curtis had a coffee cake and Kim had a chocolate orange dessert.

The food was excellent and the company even better!